Rosemary Ellen Guiley is a best-selling author, columnist, and teacher on spirituality, metaphysics, and visionary experience. Ms. Guiley has written more than 15 books, including Atlas of the Mysterious in North America, Career Opportunities for Writers, Encyclopedia of Angels, and The Encyclopedia of Witches & Witchcraft all for Facts On File/Checkmark Books. She lives in Arnold, MD. 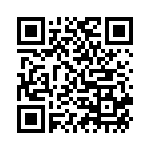