Stewart Levine has been called an "empowerment guru" who creates agreement and resolution in the most difficult circumstances. He is the founder of ResolutionWorks, a consulting and training organization dedicated to providing skills and ways of thinking that people will need to thrive in the next millennium. He spent ten years practicing law before becoming an award-winning marketing executive at AT&T, where he was recognized as a pioneer "intrapreneur." He uses his approach to form teams and joint ventures in a variety of situations. Organizations he has worked for, in the United States and abroad, include American Bar Association, American Express, Chevron, ConAgra, Deloitte & Touche, DC Office of Corporation Counsel, EDS, General Motors, Oracle, IBM, Kaiser, Herman Miller, Hewlett-Packard, Honda, Safeco Insurance, Stanford University, University of San Francisco, and the U.S. Departments of Agriculture and the Navy. 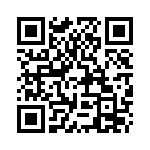