Page 66
4 See , for example Miss Addams's essay , " The Spirit of Youth , " quoted in Charles Glaab , ed . The American City ( Homewood , Ill . , 1963 ) , especially 357 ; and the detailed neighborhood surveys , as Sophonisba P. Breckinridge ...
Page 151
The latter is a kind of a voluntary population transfer , to certain sections of the East Coast cities , especially to the New York Tri - State region . The new immigrants have moved to large metropolitan areas , affecting the ethnic ...
Page 237
A Satyr , even a " baptized ” one , preaching Christianity , makes a rather queer spectacle , especially since Satyrs were notorious for their uncontrollable sexual desires . Not for nothing was satyriasis named after them . 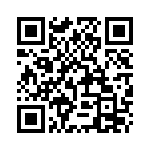