Page 956
Of these structures , Polonia's Roman Catholic parishes , along with the much smaller Polish National Catholic Church , have together comprised Polonia's most significant mass membership institutions . Rightfully , their role , and the ...
Page 957
It was in that year that the Polish Roman Catholic Union in America , at first named the Organization of Poles in America , was formed in Detroit and Wachtl ( 4,550,000 , again with no explanation of the population's composition ) .
Page 960
Fraternals not mentioned by Brozek , but in existence in the 1930s were the Polish Federation of Catholic Laymen , later Federation Life Insurance of America ( Milwaukee , 1912 ) , the St. George Society ( Chicago , 1900 ) ... 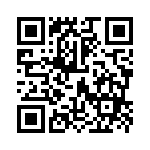