Page 18
Department of the New York Central Railroad here From there Captain Fay
resigned and entered the in New York . Born in South Orange , N. J. , at the
employ of the P. C. C. & St. Louis Railway Company , age of two years his
parents moved ...
Page 17
Steady Advancement Fred N. Melius , Now General Superintendent of the New
York Terminal District and Assistant Manager of the Marine Department , Has
Been With the New York Central Railroad For Thirty - Six Years , Steadily
Traveling ...
Page 19
The discussion closed Bernard M. Patten , Commissioner , Department of Pub
with a talk on “ Building a Produce Terminal on Solid lic Markets , City of New
York , presided at the afternoon Facts , " by W. P. Hedden , chief analyst , of the
Port of ... 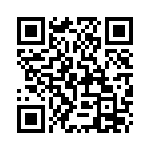