Page 547 - T^'HE Son of God goes forth to war, A kingly crown to gain ; His blood-red banner streams afar : Who follows in his train? Who best can drink his cup of woe, Triumphant over pain, Who patient bears his cross below, — He follows in his train.
Appears in 593 books from 1827-2008
Page 425 - And it is our further will that, so far as may be, our subjects, of whatever race or creed, be freely and impartially admitted to offices in our service, the duties of which they may be qualified, by their education, ability, and integrity, duly to discharge.
Appears in 446 books from 1731-2008
More
Page 539 - Come, Lord, when grace hath made me meet Thy blessed face to see ; For if thy work on earth be sweet, What will thy glory be...
Appears in 510 books from 1813-2008
Page 383 - The true doctrine of the Causation of human actions maintains, in opposition to both, that not only our conduct, but our character, is in part amenable to our will ; that we can, by employing the proper means, improve our character ; and that if our character is such that while it remains what it is, it necessitates us to do wrong, it will be just to apply motives which will necessitate us to strive for its improvement, and so emancipate ourselves from the other necessity : in other words, we are...
Appears in 37 books from 1829-2006
Page 412 - Majesty] of the high sense I entertain of the Christian devotion which you have displayed during this great and bloody war, and I need hardly repeat to you how warm my admiration is for your services, which are fully equal to those of my dear and brave soldiers, whose sufferings you have had the privilege of alleviating in so merciful a manner.
Appears in 35 books from 1898-2007
Page 538 - They climbed the steep ascent of heaven Through peril, toil, and pain : O God, to us may grace be given To follow in their train.
Appears in 391 books from 1828-2007
Page 792 - Blessed is he who has found his work; let him ask no other blessedness. He has a work, a life-purpose; he has found it, and will follow it!
Appears in 525 books from 1840-2008
Less

Lynn McDonald is a professor of sociology at the University of Guelph, Ontario. She is a former president of the National Action Committee on the Status of Women, Canada’s largest women’s organization, and a former Member of Parliament. Her Non-smokers’ Health Act made Parliamentary history as a private member’s bill, and made Canada a leader in the “tobacco wars.” She is the author of The Early Origins of the Social Sciences (1993) and The Women Founders of the Social Sciences (1994) (both McGill-Queen’s University Press) and editor of Women Theorists on Society and Politics (1998) (Wilfrid Laurier University Press), all of which have significant sections on Florence Nightingale. 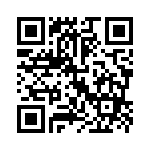