Page 570
[Where disagreement among the co-tenants is relied on That W. X., one of the co-
tenants of the petitioner [or, of said infant], assumes to control and manage the
property and collect the rents, and that unhappy differences have arisen between
...
Page 1092
To the Court” of The petition of R. C. shows: I. That by order made in this cause,
dated on the day of last, your petitioner was duly appointed receiver of [briefly
indicating what; — or if appointment was by referee, say: it was referred to R. F., ...
Page 1119
That said bank, as your petitioner is informed and believes, prior to said , 19 , had
collected a large amount of said notes so sent to it for collection, and had placed
the amount so collected on its books as a fund belonging to your petitioner, ... 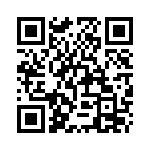