Page 266
... bad their attention called to the last number of the Anti - Slavery Reporter , in coming up and returning to their in wbich is contained a letter subscribed “ The late Secretary of Congo stations ; the last - named class , or Soco .
Page 78
BRAZILIAN MINING - CONGO SOCO MINE . The late Senhor José Bonifacio de Andrada e Silva , the patriarch I have seen the Reporter containing Kentish's letters ( the two of Brazilian independence , and brother to two of the present first ) ...
Page 214
He , bondage , and who bave actually with the friendly tribes of Pato , Congo , Mr. Comen , would bimself undertake to bring , in a very short time , at and Kama , been acknowledged , as well as by the home government , as least 12,000 ... 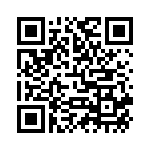