NO FUTURE WITHOUT FORGIVENESS

The story of South Africa's Truth and Reconciliation Commission (TRC) and a meditation on evil and forgiveness from Nobel laureate Tutu (The Rainbow People of God: The Making of a Peaceful Revolution ... Read full review

This is an excellent book and I was struck by a number of key themes. 1. The sense of fear that hard-line elements within the white security forces would refuse to accept the negotiated agreement and ... Read full review

The first black Archbishop of Cape Town, Tutu has won the Nobel Peace Prize for his leadership of the South African Truth and Reconciliation Commission and today is Chair of a group of former world leaders, The Elders, which aims to tackle some of the world's most intractable problems. He has helped calm the political crisis in Kenya and regularly speaks out against Mugabe, Israel, the Iraq War and the Burmese junta, but is also noted for his irrepressible sense of humour and deep spirituality. He lives in South Africa but travels widely. 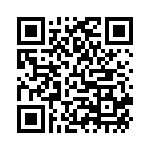