Page 7
The complaint was in two counts, — the first upon the note for $3,000; and the second upon the note of P. D. Gardemeyer, so indorsed to plaintiff as aforesaid, and claiming that as to S500 of said last-named note, and the interest on ...
Page 861
by herself and Pollard to Muncklon, and by Munckton to Baker, ami the recovery of damages for the alleged fraud; and she was, upon the termination of the suit, to reconvey to him the same interest in the mine, and to account and pay ...
Page 867
action declared fraudulent, and beyond that their interests and rights were entirely separate and distinct. Neither had any right, title, or interest whatever either in the damages, or in the property to be recovered by the other. 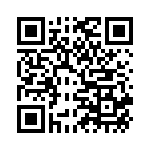