Page 158
My early interest in the Anti - Slavery cause was due to my residing in the family of my brother , the late JOSEPH STURGE , when , as early as 1824 , the agitation was commenced for the extinction of British Colonial Slavery .
Page 295
BONIFACIO was confirmed , by the Legislature , in this appointment , and became sole Regent , a position which he held until the year 1833 , when , unfortunately for the cause of the Slave , his political foes succeeded in overthrowing ...
Page 184
But , whatever the cause , the increasing weakness of the labourers is only too apparent , and the mortality among them is excessive , in spite of all precautions . If the ships were prevented from bringing any other than able - bodied ... 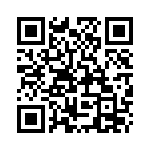