Marion Lane is a twenty-year veteran writer and editor who specializes in dogs. Her extensive knowledge of purebred dogs was acquired during the eleven years she worked for the American Kennel Club in New York City, where she was the editor of the AKC Gazette. To date, Lane has written dozens of articles and four books about dogs. While at the AKC, she trained her Yorkie in obedience and studied at the International School of Dog Grooming, subsequently working as a professional groomer. Until it folded in October 2004, Lane was the editor of Animal Watch magazine, the official publication of the American Society for the Prevention of Cruelty to Animals. For many years she has worked one day a week in her local veterinary hospital, where many, many Yorkshire Terriers are patients. Her current animal companions include two dogs, three cats, and a rabbit. 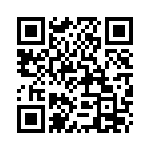