Deborah Jermyn is Reader in Film and Television at the University of Roehampton, UK. She has published widely on women, ageing and the media, including articles in CineAction; Critical Studies in Television and Celebrity Studies, and is the editor of Female Celebrity and Ageing: Back in the Spotlight (2013).
Su Holmes is Reader in Television at the University of East Anglia, UK. She is the author of numerous articles on celebrity and the co-editor of Framing Celebrity (2006); Stardom and Celebrity: A Reader (2007), and In the Limelight and Under the Microscope: Forms and Functions of Female Celebrity (2011). 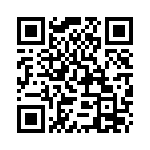