The visceral work of native South African William Kentridge is steeped in the history and culture of his uneasy homeland. Until the mid 1990s, Kentridge was known primarily in South Africa alone, but ... Read full review

Dan Cameron is a curator based in New York. As Senior Curator at the New Museum of Contemporary Art he organized such landmark exhibitions as 'Cocido y Crudo' (1994), a survey of from Latin America, and has since gone on to curate the 8th Istanbul Biennial (2003) and the Taipei Biennial (2006). He also serves on the graduate teaching faculty of Columbia University, New York University and School of Visual Arts, New York, and is a frequent contributor to such journals as Parkett, Flash Art and Artforum.

J. M. Coetzee is one of South Africa's most distinguished authors and was awarded the Booker Prize in 1983 for his novel Life & Times of Michael K. His other award-winning novels include In the Heart of the Country (1977) and The Master of Petersburg (1994). Coetzee is also Aderne Professor of English at the University of Cape Town. 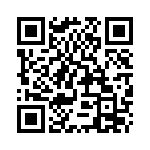