Detroit, ~1970. The reader is thrust into the world of the American car industry, specifically one particular factory and it's struggle to launch a new model whilst adapting to changing circumstances ... Read full review

Though not my favorite Arthur Hailey Story, that is Hotel- enjoyed Wheels, for the immensing into the auto industry. He always as at less one character, that I will care about. This time it was a ... Read full review

Arthur Hailey (1920–2004), the author of eleven novels, many of which became #1 New York Times bestsellers, was born in Luton, England. He served as a pilot and flight lieutenant in the British Royal Air Force during World War II and immigrated to Canada in 1947. While working for a transportation trade magazine, he scored his first writing success with a television drama, and began to write screenplays full-time for various networks during the golden age of live television. His novel-writing career took off in 1959 with the publication of his first novel, The Final Diagnosis, and picked up velocity with Hotel and then Airport, which spent thirty weeks in the number-one spot on the New York Times bestseller list and became a blockbuster film. Hailey’s novels, many of which have been made into films, television series, and miniseries, have been translated into forty languages. They are notable for their suspenseful storylines and authentic depictions of various industries and commercial settings, which Hailey aggressively and meticulously researched. 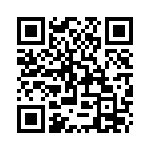