To be honest, my interest in this book was mostly prurient, in as much as I find it hard to take Steven Bannon seriously as being anything more than a man on the make with bad attitudes. Then, just as ... Read full review

Benjamin Teitelbaum is a professor at the University of Colorado Boulder. His first book, Lions of the North was widely reviewed and critically acclaimed. He has published opinion pieces in Foreign Policy, the Wall Street Journal, the Los Angeles Review of Books, and the Atlantic, as well as multiple op-eds in the New York Times, all of them dealing with far-right politics and activism. 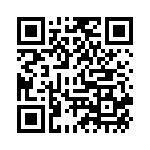