A staple of the New York music scene, Ethan Lipton & his Orchestra have released three albums, most recently MR. SOFTY, and have played venues from Los Angeles to Camden, Maine. The band includes Eben Levy (guitar), Ian M. Riggs (bass), Vito Dieterle (saxophone), and Ethan (vocals). Their music has been featured on NPR's Weekend Edition and radio stations across the country. Also a playwright, Ethan was a member of the Public Theater's 2008 Emerging Writers Group. He hails from Van Nuys, California; and now lives with his wife, Heather, in Brooklyn, New York.

Lynn Lauber is a fiction and nonfiction author, teacher, and book collaborator. She has published three books of her own with W.W. Norton & Co., as well as many collaborations with other authors. Her specialties include fiction, personal narrative, and self-improvement. Her essays have appeared in The New York Times. She has abridged audiobooks for such authors as John Updike, Oliver Sacks, Oprah Winfrey, and Gore Vidal. Visit: www.lynnlauber.com 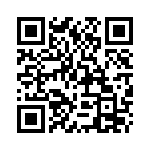