I picked up this book as a bargain deal here. Best bargain I've ever gotten. The chapters related to Elijah and Isaiah are worth full price or more. Buy this book. Read this book. You will not be disappointed. Read full review

It's a joy to hear again from Eugene Peterson, who is not only an important theological voice, but the best writer in the contemporary church. In this book he defines the way of Jesus biblically ... Read full review

Eugene Peterson was a pastor, author, scholar and poet. He grew up in Montana and earned his B.A. in philosophy from Seattle Pacific University, his S.T.B. from New York Theological Seminary, and his M.A. in Semitic languages from Johns Hopkins University. He served as a pastor for 29 years and then became Professor Emeritus of Spiritual Theology at Regent College in Vancouver, retiring in 2006.

Eugene Peterson is perhaps best known for his book THE MESSAGE: THE BIBLE IN CONTEMPORARY LANGUAGE and is also known for his involvement in the Renovaré spiritual formation movement. The books in his spiritual theology series, including THE JESUS WAY and PRACTISE RESURRECTION, are widely acclaimed.

After retiring from full-time teaching, Eugene and his wife Jan lived in the Big Sky Country of rural Montana. Eugene Peterson died in October 2018. 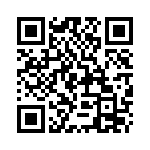