Aleksandr Solzhenitsyn was born in 1918 and grew up in Rostov-on-Don. He graduated in Physics and Mathematics from Rostov University and studied Literature by correspondence course at Moscow University. In World War II he fought as an artillery officer, attaining the rank of captain. In 1945, however, after making derogatory remarks about Stalin in a letter, he was arrested and summarily sentenced to eight years in forced labour camps, followed by internal exile. In 1957 he formally rehabilitated, and settled down to teaching and writing, in Ryazan and Moscow. The publication of One Day in the Life of Ivan Denisovich in Novy Mir in 1962 was followed by publication, in the West, of his novels Cancer Ward and The First Circle. In 1970 he was awarded the Nobel Prize for Literature, and in 1974 his citizenship was revoked and he was expelled from the Soviet Union. He settled in Vermont and worked on his great historical cycle The Red Wheel. In 1990, with the fall of Soviet Communism, his citizenship was restored and four years later he returned to settle in Russia. Aleksandr Solzhenitsyn died in August 2008. 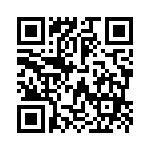