Martin A. Lee is the co-author, with Norman Soloman, of Unreliable Sources: A Guide to Detecting Bias In News Media and the author of Acid Dreams: The CIA, LSD and the Sixties Rebellion. Interviewed as an expert on terrorism, espionage, and media issues, Lee has been a guest on CBS's 48 Hours, CNN's International Hour, CNBC, MSNBC, and NPR's Fresh Air. His articles have been published in numerous outlets including Los Angeles Times, Rolling Stone, Miami Herald, The Nation, Village Voice, Christian Science Monitor, San Francisco Chronicle, Baltimore Sun, Mother Jones, and Spin. 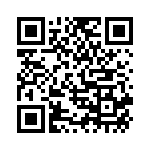