Hamid Dabashi is an Iranian-American Professor of Iranian Studies and Comparative Literature at Columbia University in New York City. Hamid has been a columnist for the Egyptianal-Ahram Weekly for over a decade, and is now a regular columnist for Aljazeera, and he has had a regular column at CNN. He has travelled and lectured extensively in the Arab world, from Morocco to Egypt to Palestine to Syria. 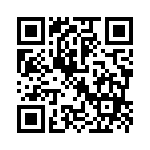