Prof. L. Juliana Claassens is Professor of Old Testament and Chair of the Department of Old and New Testament at the Faculty of Theology, Stellenbosch University. She moreover serves as the Head of the Gender Unit at the Faculty of Theology. Her most recent book, Claiming Her Dignity: Female Resistance in the Old Testament, was published with Liturgical Press (2016). She is also the author of Mourner, Mother, Midwife: Reimagining God?s Liberating Presence (Westminster John Knox, 2012) and The God who Provides: Biblical Images of Divine Nourishment (Abingdon, 2004).˙

Prof. Charlene van der Walt has until recently been appointed in the Department of Old and New Testament at the Faculty of Theology at Stellenbosch University as the Research and Programme Coordinator of the Gender Unit. Her monograph, Toward a Communal Reading of 2 Samuel 13: Power and Ideology within the Intercultural Bible Reading Process, was published in 2014 as the second volume in the new Intercultural Biblical Hermeneutics Series (Elkhart, IN: AMBS). In August 2017, Charlene relocated to the University of KwaZulu-Natal in order to take up an Associate Professor position in Gender and Religion within the School of Religion, Philosophy and Classics. Charlene also serves as the African Coordinator for the Network SRHR.

Dr Funlola O. Olojede is a researcher with the Gender Unit of the Faculty of Theology, Stellenbosch University. A linguist by training, she later obtained her doctoral degree in Old Testament from Stellenbosch University, South Africa. Her research focus includes Gender and Feminist Hermeneutics, Old Testament Studies, Wisdom Literature and African Biblical Interpretation. 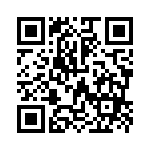