Patrick Bond is a political economist and currently professor at the University of KwaZulu-Natal in Johannesburg. He has published extensively on Zimbabwe and South Africa and is an active contributor to national, regional and international debates on neo-colonialism and social justice.

Zapiro is a well-known controversial cartoonist and a national treasure. His cartoons appear locally in the Mail & Guardian, Sunday Times and Sowetan as well as in international magazines. In addition he has held several solo and group exhibitions internationally. He was voted one of the world's Top 20 cartoonists and in 2007 received the Courage in Editorial Cartooning Award from the Association of American Editorial Cartoonists. Zapiro is married and lives with his family in Cape Town. 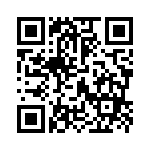