Dr. A.T.W. Simeons was a British doctor who spent most of his life abroad helping combat disease and obesity. He studied medicine in Germany and Switzerland, graduating with highest honors, then beginning his practice in Germany. Later, after advanced studies in tropical diseases, he worked first in Africa, and then in India for eighteen years. During this time, Dr. Simeons was a pioneer in the treatment of malaria, receiving honors for his achievements and discoveries, including the Red Cross Order of Merit. He also made important contributions to combating bubonic plague and was an innovator in leprosy control. It was also in India that Dr. Simeons first observed the effects of Human Chorionic Gonadotropin (HCG) on obesity and realized its importance. Dr. Simeons later settled in Rome, where he practiced medicine at the Salavator Mundi International Hospital, and continued his studies on the effects of HCG in combating obesity. He published several articles about his research in various journals before completing this manuscript, which contains his revolutionary HCG protocol and diet. Prior to the creation of Pounds & Inches, only those who could afford to fly to Rome and spend weeks in Dr. Simeon's clinic could profit from his research. Today, using Pounds & Inches, you can reap the benefits of Dr. Simeon's discoveries about HCG and its effect on obesity, and join the thousands who have achieved lasting success using the original HCG diet protocol contained in Pounds & Inches. 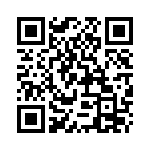