Pearls, People, and Power is the first book to examine the trade, distribution, production, and consumption of pearls and mother-of-pearl in the global Indian Ocean over more than five centuries. While scholars have long recognized the importance of pearling to the social, cultural, and economic practices of both coastal and inland areas, the overwhelming majority have confined themselves to highly localized or at best regional studies of the pearl trade. By contrast, this book stresses how pearling and the exchange in pearl shell were interconnected processes that brought the ports, islands, and coasts into close relation with one another, creating dense networks of connectivity that were not necessarily circumscribed by local, regional, or indeed national frames.

Essays from a variety of disciplines address the role of slaves and indentured workers in maritime labor arrangements, systems of bondage and transoceanic migration, the impact of European imperialism on regional and local communities, commodity flows and networks of exchange, and patterns of marine resource exploitation between the Industrial Revolution and Great Depression. By encompassing the geographical, cultural, and thematic diversity of Indian Ocean pearling, Pearls, People, and Power deepens our appreciation of the underlying historical dynamics of the many worlds of the Indian Ocean. 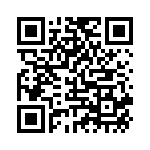