Our Story Magic is a collection of enchanting and compelling African folklore tales written for children, with illustrations and it is a very good book for early childhood development

Gcina Mhlophe's writing is published all over the world, and has been translated into German, French, Italian, Swahili and Japanese. Her honours include: The Fringe First Award at Edinburgh Festival, Joseph Jefferson Award in Chicago, OBBIE in New York, and Honorary Doctorates from London Open University and University of Natal in South Africa. Her books with the University of KwaZulu-Natal Press are Stories of Africa, Love Child and Have you Seen Zandile? 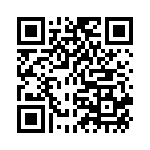