David Everatt is the Executive Director of the Gauteng City-Region Observatory, a partnership of the University of Johannesburg, University of the Witwatersrand, and the Gauteng provincial Government. His most recent book is The origins of non-racialism: Wehite opposition to apartheid in the 1950s (Wits University press, 2010). 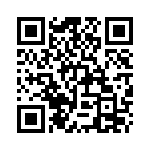