A detailed history of the period from 1799-1821, but it feels fragmentary. The years between 1821 and unification are covered in a brief concluding chapter. This is a piece of the larger puzzle that ... Read full review

John A. Davis studied modern history at Oxford and taught subsequently at the University of Warwick, where he was Director of the Centre for Social History. In 1992 he moved to the University of Connecticut, where he holds the Emiliana Pasca Noether Chair in Modern Italian History. With David Kertzer he founded the Journal of Modern Italian Studies in 1995, which they continue to edit jointly. Davis was awarded the British Academy Serena Medal in 1996 for his contributions to Italian history, and the Galileo Galilei Prize in 2000. He is a John Simon Guggenheim Fellow and a Resident of the American Academy in Rome. 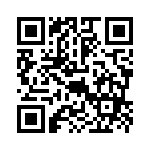