Lorenza de Medici has published more than 30 cookbooks. She has appeared in a 13-part series on Italian cooking for public television and conducts a cooking school at Badia a Coltibuono, an 11th-century estate and winery near the Chianti region of Tuscany. She divides her time between Milan and Badia a Coltibuono. 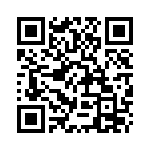