Patricia Clavin is Professor of International History at the University of Oxford, and Fellow and Tutor in History at Jesus College, Oxford. She was awarded a Major Research Fellowship from the Leverhulme Trust in 2015, and the British Academy 'Thank-Offering to Britain' Senior Research Fellowship in 2008. Her recent publications include Securing the World Economy: The Reinvention of the League of Nations (2013), which won the British Academy Medal. 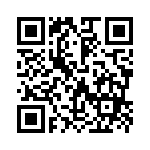