Ann McGrath is a professor of history and the director of the Australian Centre for Indigenous History at Australian National University. She is the author and editor of numerous books, including How to Write History That People Want to Read; Writing Histories: Imagination and Narration; and Contested Ground: A History of Australian Aborigines under the British Crown. McGrath won the 2016 John Douglas Kerr Medal of Distinction from the Royal Historical Society of Queensland for research and writing Australian history. 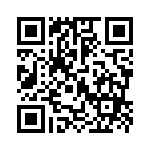