Will Hutton is the author of the bestselling books The State We're In and The State to Come.

Anthony Giddens is a sociologist and the former director of the London School of Economics. He is a co-editor (with Will Hutton) of Global Capitalism (The New Press). 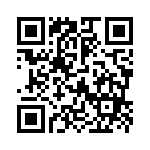