I read this book as one of the selections in a graduate level course on deviance in sociology. This provides excellent explanations about people using social turmoil to generate and hold onto power. It looks at social systems that allow people to make claims to diagnose social problems and to then claim they have the means to fix those problems of deviance if given the social and political power to do so. I would highly recommend this book to anyone who wants to understand how our societies create and sustain social panics and how people take advantage of them to solidify their grip on power.
I'd also like to go on record to say that Google Books has this work incorrectly classified as "Psychology" Stanley Cohen was a Sociologist, and wrote this book to explain the sociology of moral panics.

Many criticisms appearing but they tend to ignore the context of the book and the detail of the theory set out by Cohen. It is a classic text for good reason. The way society responds to social problems shapes the way we deal with it - that can be good but it can also be harmful and unproductive. A key problem is politicians increasingly lack moral conviction so tend to be directed by the clamour of the crowd. Understanding the creation of folk devils and the response - remember Cohen does not say there is not a problem, it is the simplification and exaggeration that becomes more of an issue. Also, don't ignore the significance of social anxiety - this helps to explain why specific episodes hit the headlines and not others. And the moral panic as something that is short-lived.

Professor Stanley Cohen is Emeritus Professor of Sociology at the London School of Economics. He received the Sellin-Glueck Award of the American Society of Criminology (1985) and is on the Board of the International Council on Human Rights. He is a member of the British Academy. 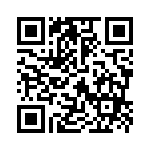