This classic study is both an introduction to, and an overview of, the relationship between feminism and theatre. The reissued edition features a new Foreword by Elaine Aston who examines the context ... Read full review

SUE-ELLEN CASE is Professor and Chair of Critical Studies in Theater, UCLA, USA.

ELAINE ASTON is Professor of Contemporary Performance at Lancaster University, UK where she teaches and researches feminist theatre, theory and performance, a field in which she is widely published. Her authored studies include An Introduction to Feminism and Theatre (1994); Caryl Churchill (1997/ 2001); Feminist Theatre Practice (1999) and Feminist Views on the English Stage (2003). She has co-edited four volumes of plays by women and, with Janelle Reinelt, co-edited The Cambridge Companion to Modern British Women Playwrights (2000). 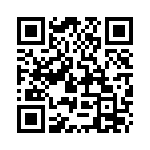