Trevor Hudson is a pastor in South Africa and the author of a number of books, including Listening to the Groans (Upper Room). He is a teaching fellow with the Renovaré Spiritual Formation Institute and speaks in the U.S. several times a year.

Dallas Willard (1935-2013) was a professor in the School of Philosophy at the University of Southern California in Los Angeles for over forty years. A highly influential author and teacher, Willard was as celebrated for his enduring writings on spiritual formation as he was for his scholarship. His books include The Divine Conspiracy (Christianity Today?s Book of the Year in 1998), The Spirit of the Disciplines, Hearing God, Renovation of the Heart and others. His books have received numerous Christianity Today Annual Book Awards and other recognitions. Willard served on the boards of the C. S. Lewis Foundation and Biola University, and was a member of numerous evaluation committees for the Western Association of Schools and Colleges. He received bachelor?s degrees from both Tennessee Temple College and Baylor University and a graduate degree at Baylor University, as well as a PhD from the University of Wisconsin in Philosophy and the History of Science. 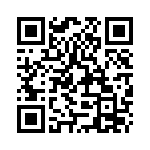