A really compelling read. Couldn't put it down once I started reading it. Was like a thriller though it was a really factual account of the takeover of Arcelor by Mittal Steel.
Would have enjoyed it a little more if they'd explored a bit more into the steel empire of Mittal while giving the amount of attention that was given to the takeover battle.
But otherwise it was worth a read any day

Tim Bouquet is a journalist, writer, editor, broadcaster and traveller. He contributes to leading titles including the Telegraph Magazine and The Times Magazine. Byron Ousey was at the heart of the Mittal v. Arcelor battle, advising the government of Luxembourg, where Arcelor was based. 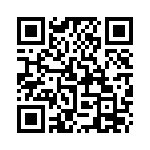