A series of dialogues between and interviews with two of the foremost black intellectuals in America today, this volume is of enormous importance and offers rewarding reading. In this provocative and ... Read full review

Activists and academicians hooks ( Talking Back , LJ 12/88) and West ( Prophetic Fragments , LJ 3/1/88) share roots in the black church and a commitment to the life of the mind. This, their first ... Read full review

Bell Hooks was born Gloria Watkins on September 25, 1952. She grew up in a small Southern community that gave her a sense of belonging as well as a sense of racial separation. She has degrees from Stanford University, the University of Wisconsin, and the University of California at Santa Cruz. She has served as a noted activist and social critic and has taught at numerous colleges. Hooks uses her great-grandmother's name to write under as a tribute to her ancestors. Hooks writes daring and controversial works that explore African-American female identities. In works such as Ain't I a Woman: Black Women and Feminism and Talking Back: Thinking Feminist, Thinking Black, she points out how feminism works for and against black women. Oppressed since slavery, black women must overcome the dual odds of race and gender discrimination to come to terms with equality and self-worth.

Professor, writer, and civil rights activist Cornel West was born on June 2, 1953 in Tulsa, Oklahoma and raised in Sacramento. He graduated from Harvard University in 1973 with an M.A. and later taught African-American studies there. He has also taught at Union Theological Seminary, Haverford College, and Princeton University, the latter as professor of religion and director of African-American studies. West earned his Ph.D. from Princeton in 1980. He has written more than twenty books, including Race Matters and Restoring Hope: Conversations on the Future of Black America. 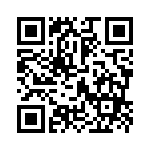