Charles Patrick Ryan O'Neal was born on April 20, 1941 in California. He is an actor and former amateur boxer. He began his acting career with a role as Rodney Harrington on the ABC nighttime soap opera Peyton Place. The show was a hit. Ryan then moved on to star in films such as Love Story in 1970. He was nominated for an Academy Award and Golden Globe Award as best actor for his part in the movie. His other movie roles include: What's Up Doc?, Paper Moon, Barry Lyndon, and A Bridge Too Far. He also had a recurring role in the television series Bones as Max. In 2012 he released his book entitled Both of Us: My Life with Farah which is all about his life with the actress and model Farah Fawcett. It was a detailed memoir of their long-term relationship from 1979 until 1997 when they separated. They were reunited in 2001 and remained together until her death from cancer in 2009. 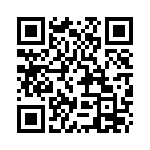