This novel seems to me that it somewhat follows in the tradition of Solaris, it being interested in a group of scientists investigating an alien life-form beyond our comprehension that ultimately lose ... Read full review

This was a tough read, and although personal matters definitely interfered with my concentration, I think it would have been tough regardless. I don't read much hard sci-fi, and there were a lot of ... Read full review

His work is available in 21 languages, has appeared in over 350 best-of-year anthologies, and been nominated for over 50 awards in a dozen countries. His (somewhat shorter) list of 20 actual wins includes the Hugo, the Shirley Jackson, and the Seiun.

Peter is the author of the Rifters novels (Starfish, Maelstrom) and the Firefall series (Blindsight, Echopraxia). 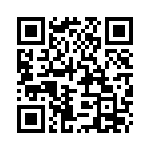