Black Skin, White Masks is a 1952 book by Frantz Fanon, a psychiatrist and intellectual from Martinique. A major influence on civil rights, anti-colonial, and black consciousness movements around the ... Read full review

This is an extended essay regarding the current dominant culture of the world, the Western Christian one. Can a black man, being conversant with this culture be truly said to be completely black? This is the beginning of the cultural appropriation debate. Well argued. Read full review

Frantz Fanon (1925-1961) was born in Martinique and studied medicine in France, specializing in psychiatry. Sent to a hospital in Algeria, he found his sympathies turning toward the Algerian Nationalist Movement, which he later joined. He is considered one of the most important theorists of the African struggle for independence and of the psychology of race.

Richard Philcox is the distinguished translator of many works by Caribbean writer Maryse Condé. 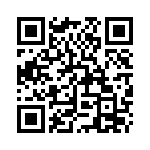