Jane E. Goodman is Assistant Professor of Communication and Culture at Indiana University. While training to become a cultural anthropologist, she performed with the women's world music group Libana. 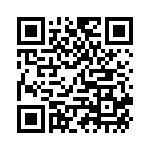