Page 19 - Population invariably increases where the means of subsistence increase, unless prevented by some very powerful and obvious checks. 3. These checks, and the checks which repress the superior power of population, and keep its effects on a level with the means of subsistence, are all resolvable into moral restraint, vice, and misery.
Appears in 218 books from 1803-2007
Page 6 - Through the animal and vegetable kingdoms Nature has scattered the seeds of life abroad with the most profuse and liberal hand; but has been comparatively sparing in the room and the nourishment necessary to rear them, The germs of existence contained in this earth, if they could freely develop themselves, would fill millions of worlds in the course of a few thousand years.
Appears in 284 books from 1806-2008
More
Page 6 - But as, by that law of our nature which makes food necessary to the life of man, population can never actually increase beyond the lowest nourishment capable of supporting it, a strong check on population, from the difficulty of acquiring food, must be constantly in operation.
Appears in 78 books from 1812-2008
Page 5 - I allude, is the constant tendency in all animated life to increase beyond the nourishment prepared for it.
Appears in 186 books from 1804-2008
Page 17 - It very rarely happens that the nominal price of labour universally falls; but we well know that it frequently remains the same while the nominal price of provisions has been gradually rising. This, indeed, will generally be the case if the increase of manufactures and commerce be sufficient to employ the new labourers that are thrown into the market, and to prevent the increased supply from lowering the money-price.
Appears in 58 books from 1807-2008
Page 11 - ... the human species would increase as the numbers 1, 2, 4, 8, 16, 32, 64, 128, 256, and subsistence as 1, 2, 3, 4, 5, 6, 7, 8, 9. In two centuries the population would be to the means of subsistence as 256 to 9; in three centuries as 4096 to 13, and in two thousand years the difference would be almost incalculable.
Appears in 168 books from 1806-2008
Page 16 - ... turn up fresh soil, and to manure and improve more completely what is already in tillage...
Appears in 71 books from 1799-2008
Page 7 - Consequently in no state that we have yet known, has the power of population been left to exert itself with perfect freedom. Whether the law of marriage be instituted or not, the dictate of nature and virtue seems to be an early attachment to one woman...
Appears in 52 books from 1807-2008
Less

Thomas Robert Malthus was born to a wealthy family near Surrey, England. His father, the eccentric Daniel Malthus, was friends with both David Hume and Jean-Jacques Rousseau. Malthus was educated privately at home and, at age 13, began two years of study in residence with Richard Graves, a Protestant minister near Bath. He excelled in history, classics, and fighting. In a letter to Daniel Malthus on the progress of his son, Graves stated that young Thomas "loves fighting for fighting's sake, and delights in bruising. . . ." In 1783, Malthus enrolled in a religious academy for Protestant dissenters; when it failed the same year, he became the private student of a radical Unitarian minister. At age 18, he enrolled at Jesus College, Cambridge, where he studied mathematics and the classics. He graduated from Cambridge in 1788 and became an ordained minister in the Church of England in 1791. Malthus and his father frequently discussed the issues of the day. When the elder Malthus became fascinated with the utopian philosophy of the popular William Godwin, which preached a vision of peace, prosperity, and equality for all, the younger Malthus expressed his doubts in a manuscript intended only for his father. His father suggested, however, that it be published and so "An Essay on the Principle of Population As It Affects the Future Improvement of Society" appeared in 1798. The book was an instant success. Well written, it argued that population tended to grow at a geometric (exponential) rate, whereas the resources needed to support the population would only grow at an arithmetic (linear) rate. Eventually, society would not have the resources to support its population, and the result would be misery, poverty, and a subsistence standard of living for the masses. "An Essay on the Principle of Population" thrust Malthus into the public eye and dealt such a lethal blow to utopian visions that economics was soon called "the dismal science." In 1805, Malthus became the first person in England to receive the title of political economist when he was appointed professor of history and political economy at the East India College. In 1811, he met David Ricardo, and the two soon became lifelong friends and professional rivals. In 1820, Malthus published "Principles of Political Economy," a sometimes obscure but far-reaching treatment of economics that advocated a form of national income accounting, made advances in the theory of rent, and extended the analysis of supply and demand. Today, Malthus is more remembered for his views on population than for his views on economics. Even so, his other achievements have not gone unnoticed. John Maynard Keynes paid the ultimate tribute when he wrote:"If only Malthus, instead of Ricardo, had been the parent stem from which nineteenth-century economics proceeded, what a much wiser and richer place the world would be today! 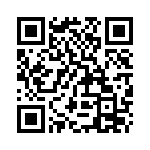